← more from
We Are Busy Bodies
Get fresh music recommendations delivered to your inbox every Friday.
We've updated our Terms of Use. You can review the changes here. 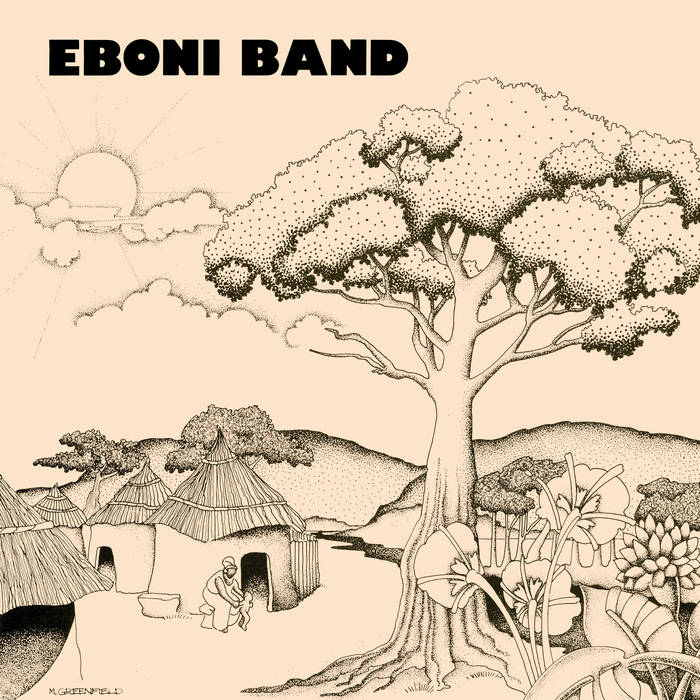 41 years since its original release, Eboni Band's self-titled album receives its first ever re-release by Canadian label We Are Busy Bodies on June 18. Reinventing itself as a record for the ages, a tour-de-force of cross continental soul and funk, it features session musicians from Motown and Ivory Coast's Eboni Records alongside Fred Wesley (James Brown/Parlimanent). It was produced by Art Stewart (producer of Marvin Gaye's Got To Give It Up and Rick James’ breakthrough album, Come Get It!), and arranged by Greg Middleton.

Incorporating the horns and hum of Detroit and Motown with vocals, harmonies and traditions of West Africa (djembe, kora), the record was a product of a casual meeting between Motown Studios alumni Gerald Theus who had set up shop and Eboni Records in Ivory Coast in the 1970s and Abdoulaye Soumare who was based in the US but met with Gerald on a whim and a stopover in Abidjan.

Theus not only convinced Soumare to stick around Abidjan, but to immediately begin work on a series of four concurrent recordings by the label’s roster of local talent. It wasn't long before a group of musicians flew from the Ivory Coast to Los Angeles to 'get down' and record with a sensational group of Motown musicians including James Brown’s bandleader Fred Wesley, Nolan Smith (Marvin Gaye, Stevie Wonder), Ernie Fields, Jr (Rick James, Marvin Gaye), and Quentin Dennard (Aretha Franklin, BB King). The musicians comprised of the four musical groups signed to the Ivory Coast-based Eboni Records were Mamadou Doumbia, Gun Morgan, Amadou Doukoure, Abdoulaye Soumare, Lamine Konte & Fode Drame). The album was later mastered at Motown's Hitsville Studios.

Bandcamp Daily  your guide to the world of Bandcamp

sndtrak stops by with an Album of the Day Feature of his most recent release, FLIPS V1: Triple Lindy